Today we are going to do something a little different. I am out galavanting in Kauai right now, so I am leaving you all in the very capable hands of Chase Dimond 💎.

Chase was dropping so much heat in the podcast we recorded last week (drops next Wednesday Sept. 22) that I wanted to share one of his most read essays, 0 to 500k email subscribers in 10 months! A plethora of tips and strategies in this piece. Enjoy!

And always thanks for subbing to Whale Mail 🙏.

P.S. You can connect with Chase at chase@chasedimond.com.

Sign up to learn all the skills needed to be a CMO. Best part? It’s free for all Triple Whale customers. We are taking pre-launch sign ups; register today.

This is an authorized republishing. See original piece here.

I wanted to share some insight into how I grew an email travel series from 0 to 500K email subscribers in 10 months in 2017.

While I have zero affiliation with this brand now, I hope the hard-earned insights I gained from that project could be useful to you today.

The email travel series is called The Discoverer and it is a weekly email series that promised to transport subscribers to far off destinations directly from their inbox. It was positioned as a way to start the week happier, smarter and more worldly with our wanderlust.

Before we dive into the meat of the content, here’s some quick info on myself: While my current focus is on email marketing for ecommerce, I’ve acquired north of 1 million email subscribers all via non-paid acquisition (essentially no traditional media buying efforts) over the past few years.

The following text will share the 4 main tactics we used to acquire a majority of our 500K subscribers.

One important note: From January 2017 to May of 2017, we were in prelaunch mode. We were focused on building the team, content strategy, and testing various growth levers during this time. We had acquired ~115,000 subscribers while we were still in the prelaunch phase. Both prelaunch and post-launch subscribers were acquired leveraging the channels discussed below. We used prelaunch data to dictate post-launch decisions.

Through reflection, I realized how attractive and special the prelaunch phase was for us. We made this promise that we’d help people be inspired to travel straight from their inbox. Not a ton of others were doing this in a really genuine and authentic way. This allowed others to get onboard and each subscriber had a different vision of what this meant. This allowed us to deliver the very best content as we spent a bunch of time interviewing these folks. We handled interviews at scale via Typeform, having subscribers reply to emails, and leave comments on our social channels (Instagram and Facebook primarily). We also had intrigue and therefore allure on our side which convinced people to give us their email just to be one of the first to see what we were hyping up.

This was our top acquisition channel. We had an internal tool we spent many months and thousands of dollars building that aggregated data from Instagram based on accounts people followed (i.e. @natgeo), hashtags people posted with (#travel), or accounts people geotagged (i.e. Bali, Indonesia).

From this, we ended up with a list of about 5M email addresses. These emails were sourced via people’s bios. As such, we knew a bunch of info on each of these users. Essentially everything that existed in their Instagram profile that was publicly available. This played a massive role in the success we were able to accomplish.

Leveraging things like the hashtags they posted with most frequently, the geotag’s they spent the most time in, and the accounts they followed allowed us to send highly personalized cold emails at scale driving these folks to various different landing pages depending on the actions these people did or didn’t take.

Some of our best subject lines were:

We sent a ton of traffic to our main website (optimized for email collection), to various Typeform surveys (collecting content around specific locations we knew someone visited or lived in, and to giveaway landers (people love giveaways!).

The stack we used for cold email was Gsuite email accounts (we had a bunch!), a tool called Gmass (mail merge tool but there are various others like MailShake, WoodPecker and so on), and SendGrid SMTP servers we warmed up. Having warmed up servers was key! This was not only massive here but allowed me to plug and play on other businesses I built in the future.

We averaged 45%-50%+ open rates and 10%-15% CTR’s and reply rate, depending on which CTA we were optimizing for. We hired a team of VA’s to manage the tens of thousands of replies we received every month from people who wanted to contribute and take part in what we were building.

All in all, we acquired about 200K subscribers from about 5M emails sent.

IMPORTANT: Klaviyo, MailChimp and the other well-known ESP’s are not good platforms for cold email. First off, you’ll likely get banned from their platform super quickly. Second, even if you could somehow bypass it (very challenging to do), you’ll be paying an arm and a leg for their service if you’re doing this at scale.

This was another massive acquisition channel for us. Once we built the initial base of subscribers, we leveraged giveaways to scale quickly. We put together a bunch of super cool travel packages that lucky subscribers would win if they were randomly selected.

We were fortunate to have stockpiled a bunch of rewards miles so we never had to spend money on these giveaways. People love free airfare and hotel stays and we loved not having to fork over actual dollars for it. Major win-win!

Every time we ran a giveaway we’d have anywhere from 20K to 40K total entries. Not all of these subscribers were new but we netted between 5K to 15K new subscribers from every giveaway we ran.

The reason we were able to acquire so many new people is that we incentivized existing subscribers to share on social and via email with their friends and family. For every person they were responsible for acquiring, they got an additional entry into the giveaway.

In the ecommerce space, giveaways are a massive hit or miss. Fortunately for us with this business, everyone has some level of interest with travel so we just needed and wanted bodies who would open emails and participate in the community.

The way we did this was super interesting. This was comprised of two main channels (there were others but the two below accounted for 95% of our organic social growth).

We bought a handful of viral travel accounts. We purchased about 700K followers from these efforts. All in, we spent about $10K buying these accounts. We cleaned up the content and rebranded the accounts under new names. We then created a whole network of accounts that were more niche.

For example, we had accounts for people that wanted to sleep in their van, another account for people who liked camping, another for luxury travels, and so on. We ended up growing this network of accounts to 2.2M total followers.

This was a massive channel for driving traffic to our website, landing pages, giveaways and so on. Our secret was focusing on the community. Over time, we featured thousands of people from our community across all dozen of our accounts.

We would post tons of times on both our story and as static posts every single day. We must’ve been posting hundreds of pieces of content that were all sourced from the community every single day.

We mainly focused on the Groups side here. We had created 3 various Facebook groups for our community. We seeded them with team members, existing subscribers and ultimately they grew organically due to the quality of the group.

As many of you guys know, Facebook allows you to ask up to 3 survey questions. So one of the questions we asked was what is your email? Across the 3 groups, we had close to 30K members, about 35% of these were brand new people to the community.

One super cool thing we did was automate a ton of tasks on both Instagram and Facebook. We leveraged a platform that unfortunately is no longer around called MassPlanner.

We created an ambassador program that helped us capture new emails for pennies. We recruited hundreds of macro and micro travel influencers. We already had all the data on the 5M travelers I mentioned previously. We knew the number of followers all 5M people had so this was the list we used to reach out to influencers.

We incentivized them with points that could be redeemed for swag and free travel. We tiered it out so that a cost per email ended up being a handful of cents each. Some of the most successful influencers in our program ended up earning free airfare and free hotel stays.

A lot of people never met the minimum threshold for free swag but helped us tremendously. We easily acquired tens of thousands of subscribers through this program.

We ended up more or less hacking together our own platform for this, but now I would use a newer tool like Gatsby to segment our subscribers by influence, automatically track their Instagram engagements and sync those insights with our ESP.

These were the primary channels we leveraged to build a massive social following and highly engaged email list.

Closing notes: For our ESP (email service provider) on the optin list side, we used Campaign Monitor. However, you can use any ESP you’re currently on or if you’re just starting out, you can use whichever platform you’re most familiar with.

A big part of the reason we were able to grow as quickly as we did was that people loved what we created. The content was top-notch. Both from a copy and design perspective.

I hope this was helpful! If you enjoyed this and got any insight/value from it, I’d greatly appreciate you dropping a comment on this Tweet sharing your feedback.

One login. One Dashboard. All the Metrics. Plus a Mobile app! 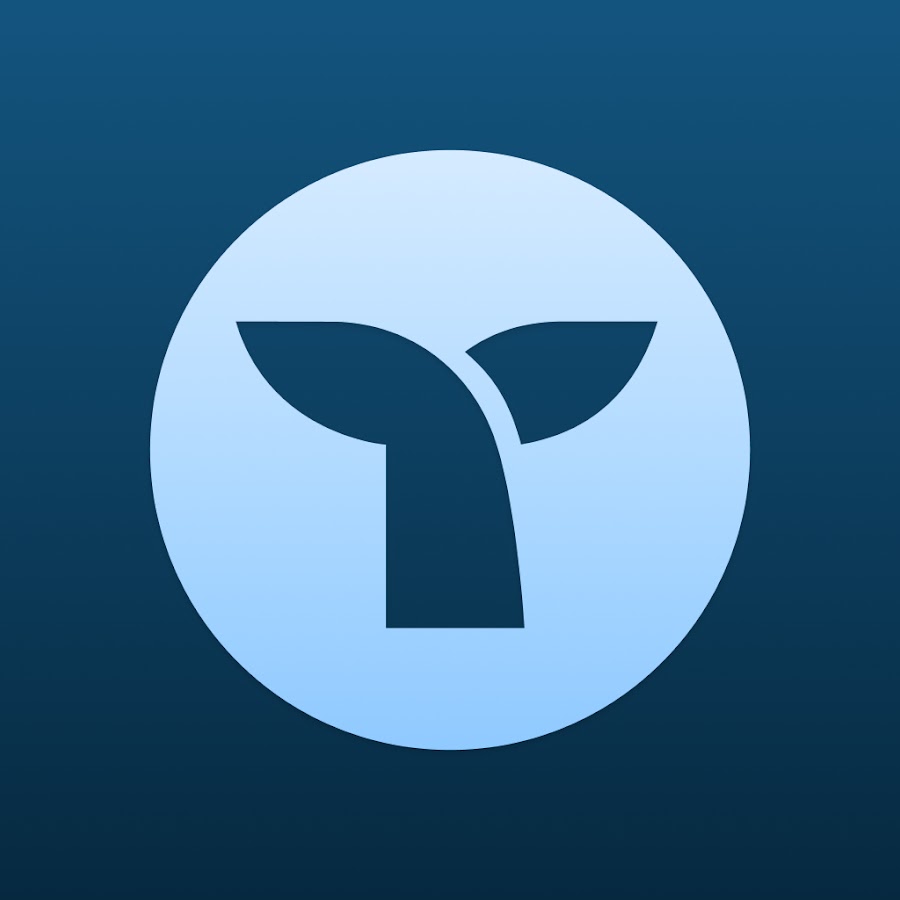 To Our Community
Read more 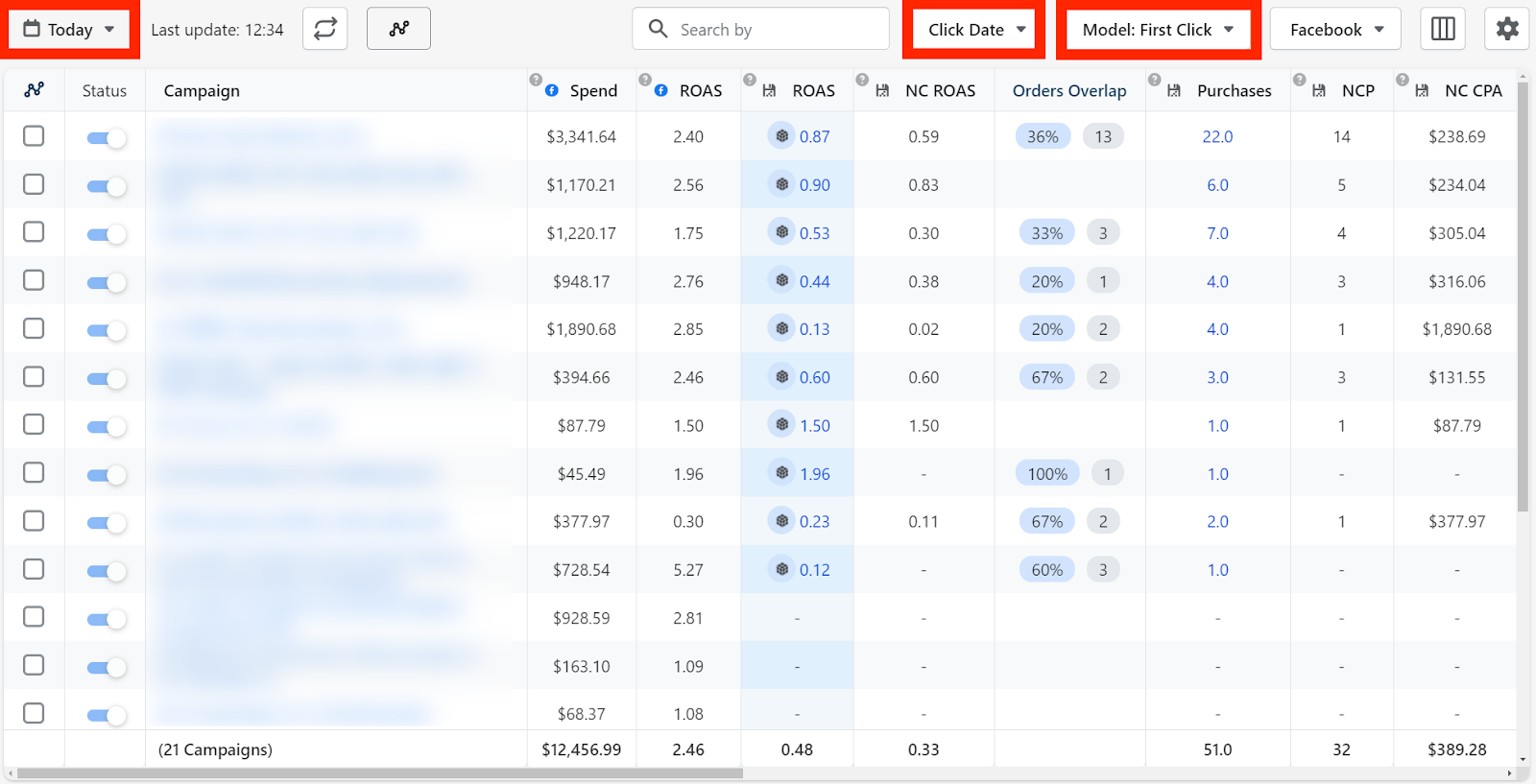 How To Use The Triple Whale Pixel During the Holidays (Black Friday, Cyber Monday & Beyond)
Read more 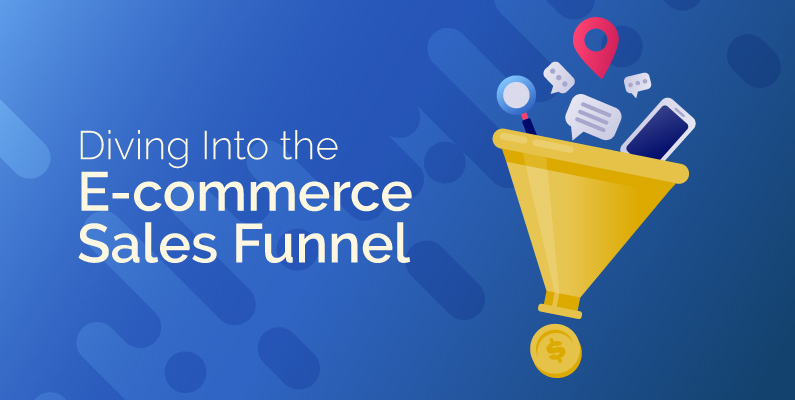 How to Build an eCommerce Sales Funnel that Converts
Read more 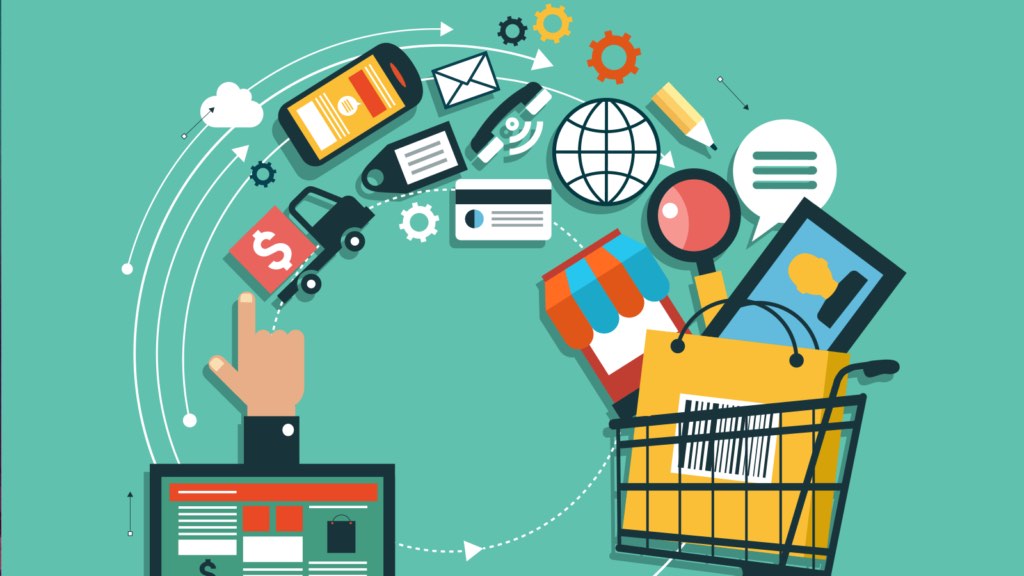 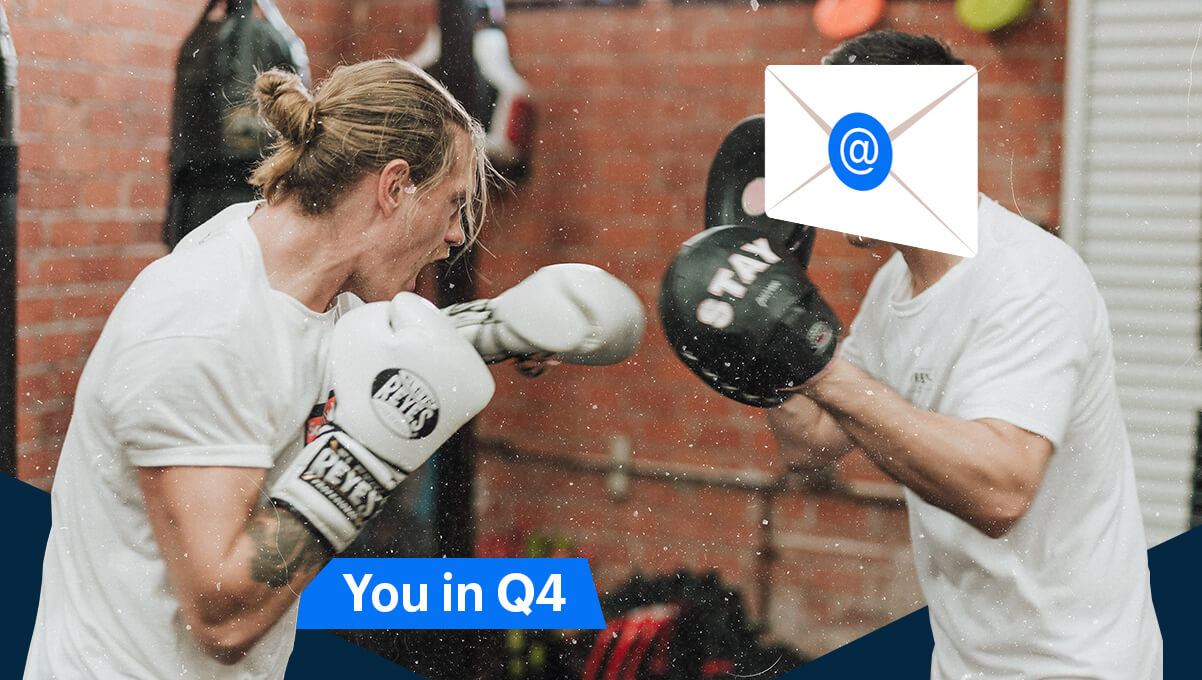 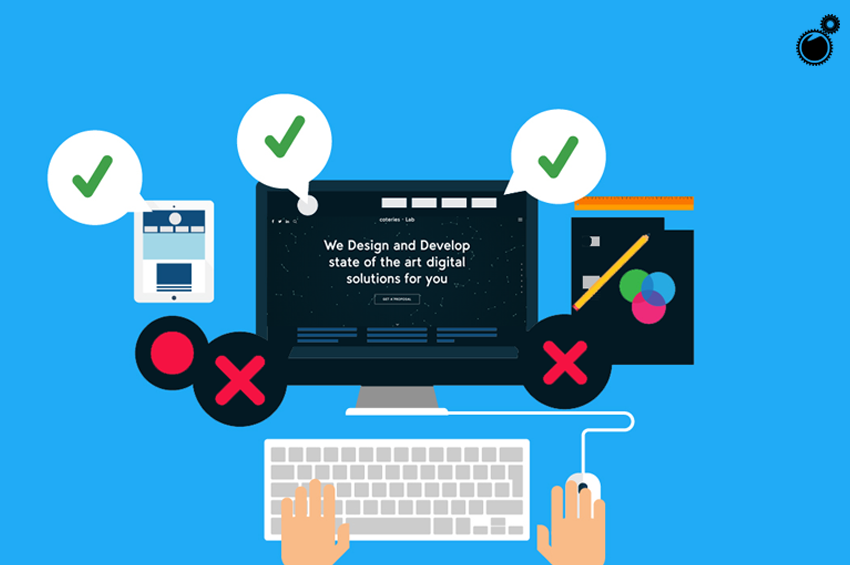